The Roots win 1-0 thanks to a Óttar Karlsson penalty kick in the 35th minute.  The match had the trappings of a NorCal/SoCal derby despite LA Galaxy 2 (Los Dos) being the reserves of the Major League Soccer club. 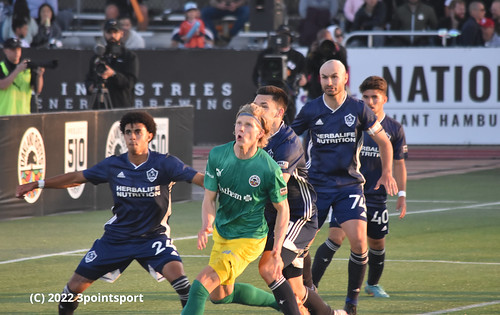 Next up for the Roots is another major rivalry game against Sacramento Memorial Day Weekend–Saturday May 28 7pm kickoff, while Los Dos has their own matchup against San Diego at home on the same night at 7:30.