SF City comes from behind to win 4-3.

Photo set with both the game shots and Instagram feed. 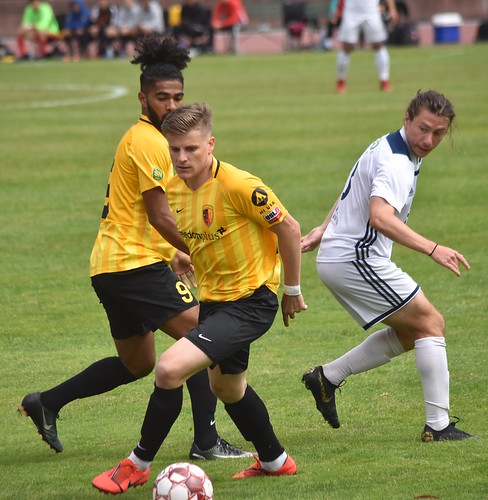 After 7 games on the road (5 in league play and 2 with the US Open Cup) SF City finally hosted their 2018 home debut at an old familiar ground Kezar Stadium.  The return to the venerable field after one year up the hill at Negoesco Stadium was long awaited but it was not the result the home supporters wanted.  The San Diego Zest (aka the LA Galaxy U23s) was fresh off a 3-0 loss to the San Francisco Glens Thursday and a 3-3 draw at Santa Cruz Saturday, and the Southern California club was eager to get points on the road.  The result was the Galaxy affiliate spoiling the home opener with a 2-0 win thanks to a first half goal by Nico Tagaloa, with the assist by Andy Sartor.

SF City had their best chance with a Danny Kirkland free kick late in the game that sailed wide of the net.  The team’s fate was sealed thanks to a late goal from Shota Fukuda.

SF City will be seeking their first league win on June 2 at 5pm with a short road trip to Boxer Stadium against PDL debutants SF Glens to kick off the inter-city rivalry.  That game will be the nitecap to a two game set with NPSL clubs El Farolito hosting Napa Valley 1839 FC at noon.  San Diego Zest returns home to host Ventura County Fusion on June 6 at 7:30pm.

Midfield press article by Tommy Hodul. Once again thanks!