The latest edition of the Throwback-Flashback series goes back to 2011 when West Bromwich Albion made their visit to Buck Shaw Stadium to play the Quakes.

Their tour was from their tenure at the English Premiership, which was from the 2010-2011 season to 2017-2018.  At this time they play in the second tier League Championship and are attempting to get promoted back to the top tier.

The most iconic highlight was goalkeeper David Bingham scoring from the box early in the game in one of the rarest feats in soccer. 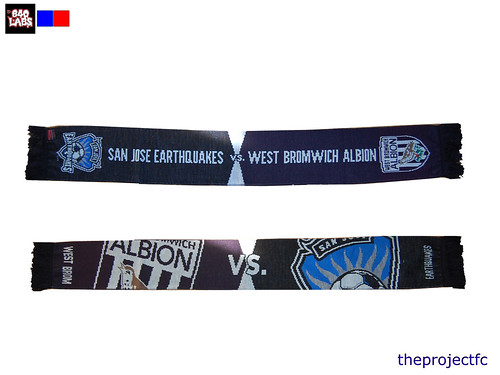 It has been several months since the last installment but we’ll be adding more in the future, including the matches against Swansea City and Norwich City.  In a twist, those teams and West Brom had been relegated to the second tier League Championship in England, with only Norwich returning back to the Premiership.   It looks like that they could go back down while Brom earning back promotion.  It is the one reason why I endorse in theory promotion and relegation, but that discussion is for another day given there are business, financial, and legal logistics that need to be worked on to prevent teams from folding or contracting.

In any case, there will be more of the throwback series to come in the future.  In the meantime enjoy the coverage of Bay Area soccer from the lower leagues of the UPSL and NPSL, the USL League Two clubs, and MLS.  The future plan is to include NISA be on the stands or on the field.