After a 9 month hiatus SF City finally made their 2019 debut with a friendly against the Academy of Art at the Beach Chalet fields.  The result did not go their way as the college scored 3 unanswered goals to give them a 3-1 win.  The match was merely to try out some players who could make the roster at the start of their USL League 2 (formerly PDL) campaign beginning May 3. 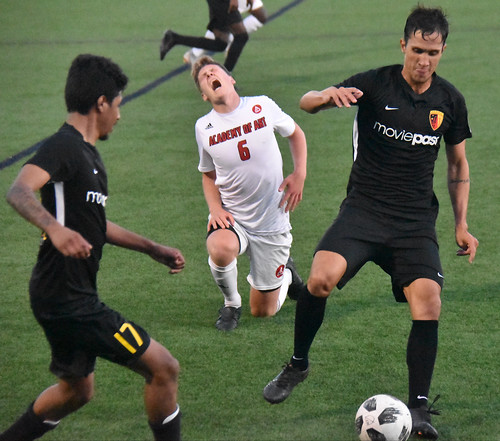 The Academy of Art will once again play at the Beach Chalet on Friday April 19 against another League 2 club the San Francisco Glens, kickoff at 8pm.  SF City will have another preseason game at Redwood City against Menlo College at Cañada College 4200 Farm Hill Blvd at 3pm.