The Quakes drew even with Dallas with each side scoring a goal.  The only scoring came in the first half with a goal from Chris Wondolowski in the 34th minute.  Dallas later tied the match eight minutes later with a tally from Jader Obrian.

With the result Wondo finishes his MLS career with 171 goals, as he announced his retirement to the fans post-game.

Our photo album is here, including the Instagram posts. 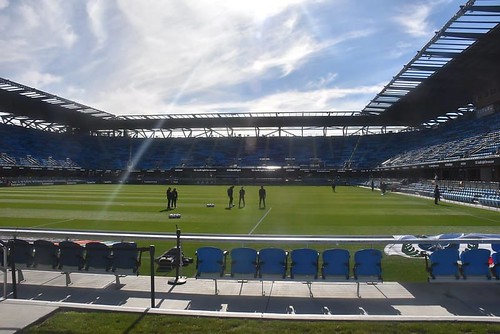 The Quakes finish their season with  a 10-13-11 record and 41 points–well out of the post-season.  The off-season will certainly mark new changes with a new roster scheduled to return on February 26.  The 2022 MLS season will run through Sunday October 9 with MLS Cup scheduled to be played on Saturday November 5–two weeks before the World Cup begins in Qatar.  The Quakes schedule will be announced at a later date and next season will  start a new chapter in the team’s history with someone waiting in the wings to inherit the mantle of The Eternal Captain Wondo.