A bit of a catch up – the USL League Two (formerly PDL) season begins this week so something from last season and leading up to the season opener on Friday May 3 and the home opener on Sunday May 5.

For now, the topic is the road finale against Santa Cruz.  The season ended last year with them, and starts with them to begin 2019.  So, picking up where things were left off.

Right now, there isn’t a set from the SF City Facebook page so just going to proceed with the other highlights.  The other matches are skipped for now, so the show must go on.

Just a week away before matchday one in Santa Cruz! Last season’s finale against Breakers resulted in a 0-2 away win for City. We hope to get the 2019 season started in the same fashion as we go for glory in the ultra competitive Southwest division. In the lead up to next Friday’s fixture, join the lads tomorrow at 3PM @standarddeviantbrewing as we march to Color the City #IronAndGold 📸: Nap Badillo @3pointsport #SFCFC19 🌁

The original article from this match. 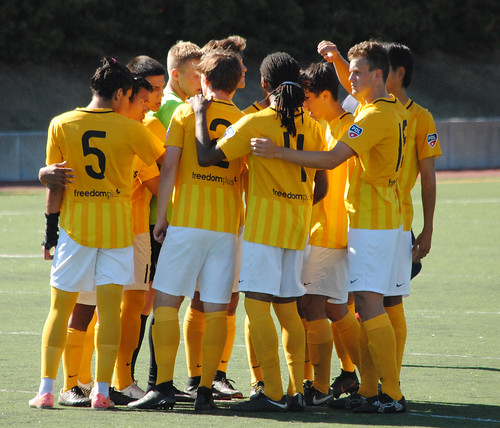 Once more, the retrospective deets from SF City.

Our home match vs Santa Cruz Breakers was a fitting SF City afternoon as the heavy fog rolled in throughout. That same…

Our home match vs Santa Cruz Breakers was a fitting SF City afternoon as the heavy fog rolled in throughout. That same energy would see us win three nil, controlling the match from start to finish. #RollFog 🌁 📸: Nap Badillo @3pointsport 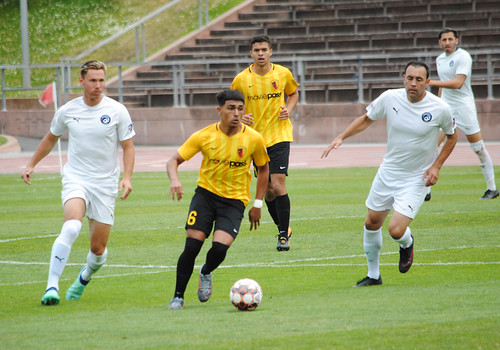 Once again, SF City has posted their retrospective on their social networks.

It was a festive afternoon when we hosted Fresno for the annual pride celebration match; donning special commemorative kits for the occasion. Only worn once, these same kits would see us raise $1,848 through a bidding process, which saw all the profits donated to the AIDS Legal Referral Panel. #Pride2018🌈 📸: Nap Badillo @3pointsport

It was a festive afternoon when we hosted Fresno for the annual pride celebration match; donning special commemorative… 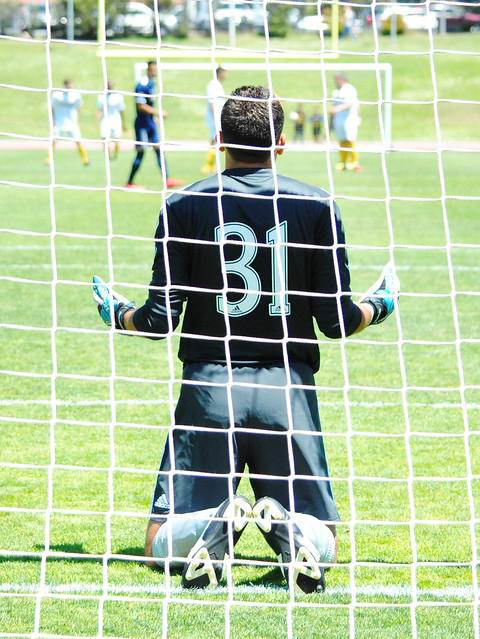 Again, the deets from SF City FC on their retrospective.  This time Friday Night Lights against the Orange County SC U23s.

Friday night lights! Our first match of the 2018 season under the lights at Kezar, unfortunately, did not go our way. Orange County was the better side on the evening, making the most of their chances, where we could not. Despite the 0-2 result, it was still a great evening filled with encouraging play from our side, as set piece after set piece left the faithful begging for more. 📸: Nap Badillo @3pointsport

Our first match of the season under the lights at Kezar! Unfortunately, Orange County was the better side this evening,… 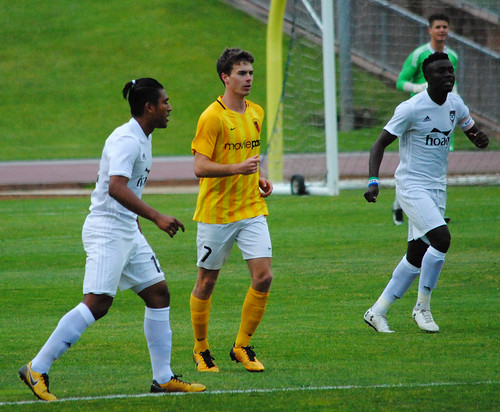 Also, Stockton FC has been announced and Chris Kivlehan of Midfield Press has an interview with the one of the founders of the team, Christopher Hernandez.

Welcome To The NPSL: Stockton FC

Once again, SF City has posted their retrospective on the 2018 season.  Today, they reflect on the match against Ventura County Fusion.

The 2-0 win over Ventura was a massive result as it handed them their first loss of the season. It was also our second win on the bounce. But more importantly, it was Community Spirit Day; a dedication of the match to our various local charitable partners. As a supporter-owned club we operate as a non-profit, relentlessly giving back to the City we love through the beautiful game. #MoreThanAGame 🌎🌍🌏⚽️ 📸: Nap Badillo @3pointsport

The 2-0 win over Ventura was a massive result as it handed them their first loss of the season. It was also our second…

Again, the game takes when they were first posted shortly after the match.

Our original game summary from June 10.

Facebook series with expanded photos, as with the previous game sets on the 3pointsport page. 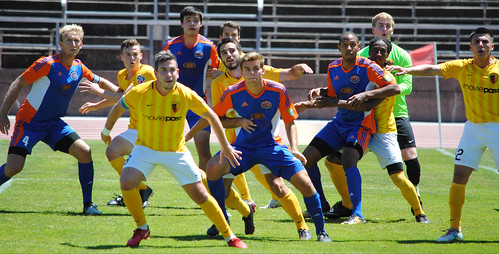 SF City will be posting the remainder in the coming weeks and when they are online their retrospective, along with all the related materials, will be available at 3pointsport.com – and Happy Thanksgiving!

Once again, SF City has their take on the Glens game.

The biggest win of the PDL season was also the first, and what better way to get it than in a derby. The 2-1 victory over Glens at Boxer Stadium was the first of four wins out of six, seeing us go atop our local rivals in the Southwest Division. The two away goals would also prove to be decisive on aggregate. #SFCity #SFSoccer #SupporterOwned 📸: Nap Badillo @3pointsport

The 2-1 victory over Glens at Boxer Stadium was the first of four wins out of six, seeing us go atop our local rivals in…

From the previous posts: 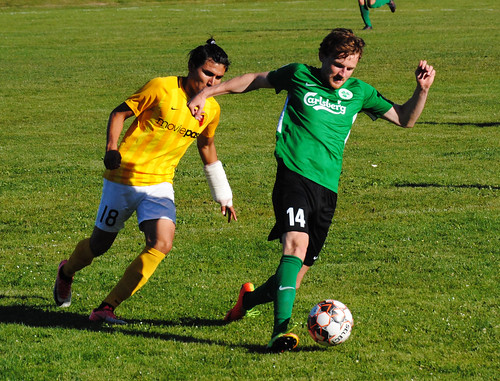 By the way, thank you James.  Looking forward to the next matchups. 🙂  James being Jimmy Conrad from the Quakes, Sporting KC, and the US National Team now plying his trade with the rival Glens.  We’ll be reporting on them as well.

Can't wait for these games next season!

We’ll be posting the retrospectives here at 3pointsport.com, and give SF City a follow.  Yes, the Glens as well.

The Return to Kezar. Last season’s home opener marked our return to the legendary Kezar Stadium. The love and support our fans have for this club is second to none in SF. Week in and week out, they come through to create an electric and encouraging atmosphere, cheering on the Iron and Gold. And it’s only getting stronger. #SupportLocalSoccer 📸: Nap Badillo @3pointsport

Once again, continuing the series – this time posted by the team itself.  The home opener also marked the return to Kezar Stadium after spending the 2017 up the road at Negoesco Stadium at the University of San Francisco campus.

Also the other takes on this game:

What an evening this was! A brilliant 4-0 win away to Aguiluchos, saw the club make history by winning its first ever US Open Cup match. Scenes. 📸: Nap Badillo @3pointsport

Also you can revisit this game on our previous blurb here on the site,  on Facebook, and on Flickr: 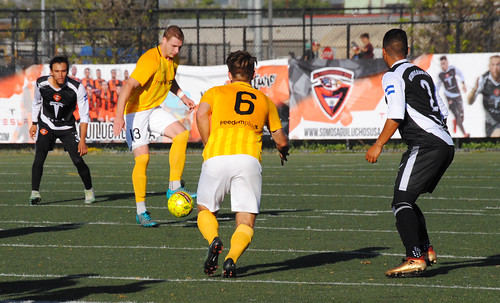 Not much to report except the Quakes will be on the road playing out the schedule against the Houston Dynamo.  Kickoff at 5:30pm on NBCSCA Plus.

Also the Oakland Stompers are fresh off their win last weekend over the Oakland Leopards (Oakland Roots reserves) in the first round of the US Open Cup.  They open up UPSL league play against Real San Jose at Raimondi Park Saturday 7:30 pm.

Also, Jimmy Conrad was introduced as the SF Glens Technical Director/Associate Head Coach.  It looks like that he will be coaching not only the PDL (USL: League Two) outfit as an assistant but also will be overseeing the various teams under the team’s umbrella ranging from futsal to the youth groups.  Conrad’s playing resume includes stints with the San Jose Earthquakes/Clash, Kansas City Wizards (Sporting Kansas City), and in college with UCLA.  He also played in the 2006 World Cup for the USA.

The latest interview is with Jimmy Conrad at path2prosoccer.com and also there are other chats with Reno 1868 coach Ian Russell, former SF Deltas coach and current LAFC assistant Marc Dos Santos (who has been linked to the Quakes and Whitecaps head coaching jobs), Todd Dunivant, Paul Holocher, and Nick Lima to name.

Other updates to follow here.  Keep checking for the latest news and information.